The “Talented” Tenth District consist of the great states of Illinois, Indiana, Michigan, Minnesota, and Wisconsin, with over 1900 financial Brothers and more than 60 active Chapters. 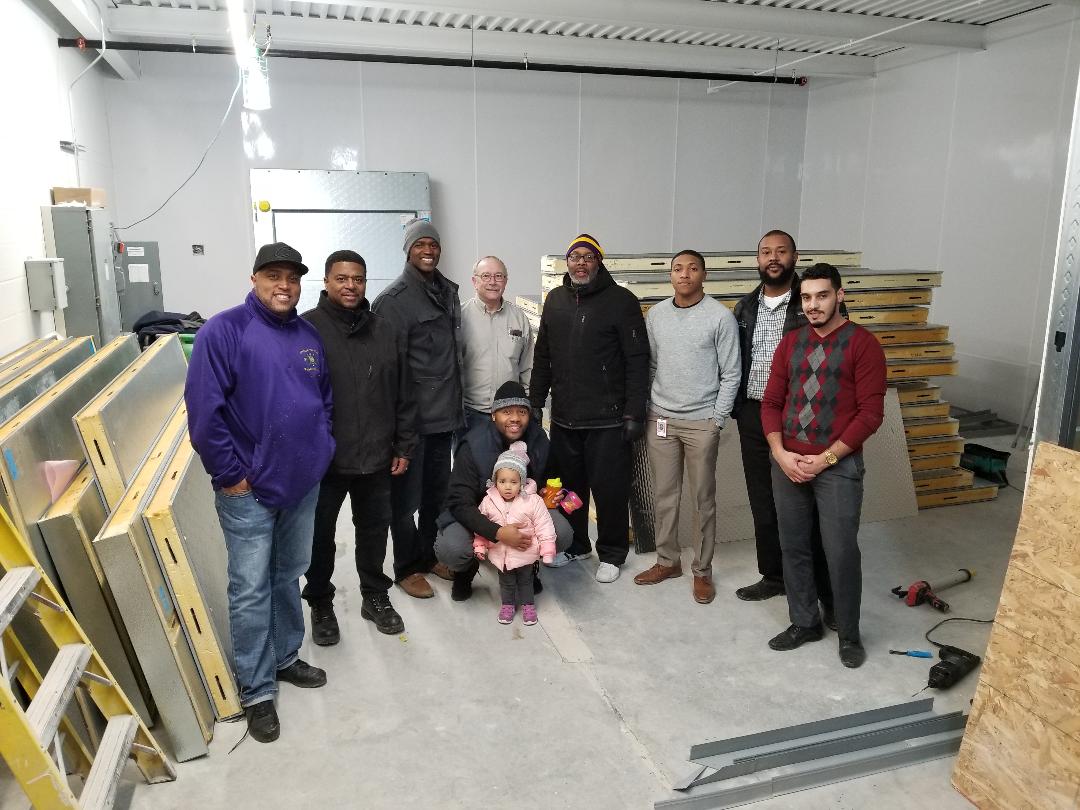 Gamma Gamma Gamma Chapter will host the 82nd Tenth District Convention of the Omega Psi Phi Fraternity, Inc. from April 11-14, 2019. We are proud to host you and want to assemble to best Souvenir [...]

The deadline to submit an application to host a District Convention has been extended to March 8, 2019 For your convenience, the Time & Place Five-Year Rotation Instructions (Click Here to Download) and the Time & [...]

Greetings Brother The 82nd Tenth District Meeting will be from Thursday, April 11 to Sunday April 14, 2019 in Madison, Wisconsin at the Concourse Hotel, located at 1 West Dayton Street, Madison, WI 53703. Registration [...]

Greetings, Brothers! My name is LeMarr T. Ketchens, and I am your District Information Technology Chair for the Fiscal Year 2018-19.  I was initiated into this great organization in the Spring - 1987, on the [...]

Let’s use our $1.2 trillion in annual spending m

We stand united. We won’t celebrate until we are

Happy Mother’s Day to all the mothers in the wor

Click Here or Copy and Paste this link - https://tinyurl.com/yxccyaku

Prices are listed on the registration form.

Bro. Rashaun Rucker of Tau Mu Nu Chapter (Macomb, MI) was recently named a 2020 Sustainable Arts Foundation awardee for his drawing practice. The honor is accompanied by an unrestricted cash award of $5000.00. Bro. Rucker was chosen from a field of nearly 1,800 applicants, these twenty artists and writers come from eighteen U.S. cities, Costa Rica, and Turkey.

The foundation stated,” Rashaun Rucker wowed us with his American Ornithology series: a set of hybridized drawings that at first glance appear to be a clever melding of man and bird. Closer study reveals a carefully calculated subtext that highlights definitions of and biases against the black male and the rock pigeon. These portraits of systemic oppression are intellectually challenging and visually stimulating.”

Bro. Rucker holds a bachelor’s degree in Visual Arts and was initiated in Spring 2001 into the Tau Psi Chapter of Omega Psi Phi Fraternity at North Carolina Central University. Bro. Rucker makes photographs, prints and drawings and has won more than 40 national and state awards for his work.

In 2008 Bro. Rucker became the first African American to be named Michigan Press Photographer of the Year. He also won a national Emmy Award in 2008 for documentary photography on the pit bull culture in Detroit. Rucker was a Maynard Fellow at Harvard in 2009 and a Hearst visiting professional in the journalism department at UNC-Chapel Hill in 2013. In 2014 Rucker was awarded an artist residency at the Red Bull House of Art. In 2016 Rucker was honored as a Modern Man by Black Enterprise magazine. In 2017 Rucker created the original artwork for the critically acclaimed Detroit Free Press documentary “12th and Clairmount”. In 2019 Rucker was awarded the Red Bull Arts Detroit micro grant and was named a Kresge Arts Fellow. His work was recently featured in HBO’s celebrated series “Random Acts of Flyness” and the movie “Native Son”. Rucker’s diverse work is represented in numerous public and private collections ... See MoreSee Less

During the week of June 15, 2020, the men of Omega Psi Phi Fraternity incorporated teamed up with a host of Metropolitan Detroit organizations and agencies to provide much needed personal protection equipment (PPE) as part of a fraternity initiative to help our most vulnerable populations during the COVID-19 pandemic. In the middle of this health crisis, and amidst mass protests across the state of Michigan in response to the senseless killing of George Floyd, Omega has stepped up to be a part of the solution. ... See MoreSee Less

Today we celebrate all Fathers. To all the men of Omega and fathers around the world, we salute you! Happy Father’s Day from the Men of the Talented Tenth District of Omega Psi Phi Fraternity, Inc. ... See MoreSee Less

Bro. Matthews is a health inspector in Minnesota who called his local police department for an escort to his job in the wake of George Floyd’s death. Sgt. Justin Pletcher responded, and the two formed a friendship. Al Roker hears from both men as they tell their story.

Calvin Matthews is a health inspector in Minnesota who called his local police department for an escort to his job in the wake of George Floyd’s death. Sgt. Justin Pletcher responded, and the two fo...
View on Facebook
·Share

Omega Man Dr. Ramel Smith weighs in on Protests in Milwaukee, Wisconsin. Dr. Smith says that there needs to be real and genuine follow through on behalf of all the politicians calling for change. ... See MoreSee Less